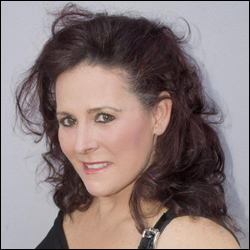 State of the Oceans
Bipartisan Conservation? New Radio Show Makes History. Captain Paul Watson, The Barbi Twins and Jungle Jana  join forces on LA Talk Radio with a new and first of it's kind entertainment news/talk radio show.State of the Oceans and hot topics bring together all angles and political views to find common ground in addressing the planet's challenges and current affairs.  An uncensored live platform addressing news and passionate opnions  from major celebrities on behalf of their favorite animal... Read More
Bio:

Jani Jana Schulz has been involved in wildlife and environmental causes her entire life dating back to her childhood while growing up on a ranch in Central Texas.   Following her career path as a radio/television/film major, Schulz worked as a television announcer, then moved to radio as an on-air  personality in markets from Seattle, Washington to Austin, Texas.

After a 10+ year career in radio, Schulz took a job with the Cox Communication owned, Austin-American Statesman Newspaper. As time passed,  Schulz needed out “of the box”,  and left Cox to publish a National magazine titled Exotic News, devoted to areas of conservation via private ownership. Schulz’s Exotic News quickly launched itself onto the International scene with worldwide distribution  including an edition published and printed in Adelaide, Australia.

During her years with Exotic News, Schulz traveled the world from Africa to Asia to South America and beyond, speaking, writing and publishing articles on conservation . On one of these trips, Schulz found herself in the magical land of Costa Rica where she immediately fell in love with the natural beauty of the rainforest and the Costa Rican people.  In 1996,  Jani and her husband, Jurgen,  purchased their first rainforest property on the Osa Peninsula of Costa Rica, which National Geographic describes as the most biologically diverse place on the entire planet.

The rest is history. In 2009, Schulz purchased a National Radio station in Costa Rica, changed the format to talk, and named the station Rainforest Radio, where she continues her life-long quest to bring attention to a more sustainable world.