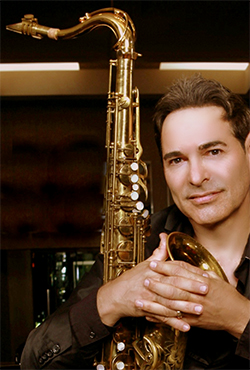 National Recording Artist & Saxophonist Will Donato, is an exciting performer and award-winning composer. Will currently has a hit radio single with "SUPERSONIC" the title cut from his seventh solo CD release, SUPERSONIC, which premiered in  July of 2017.

Will Donato is one of music’s most dynamic performers, gifted with the ability to bond and connect with his audiences. In recent concert events, Will has headlined or shared the stage as a special guest at the Blue Note-NYC, The Sea Breeze Jazz Festival, The Algarve Groove International Jazz Festival-Portugal, The Rehoboth Beach Jazz Festival, Humphrey's By The Bay, The Capital Jazz Cruise, Rick Braun's New Year's Eve, The Low Country Land & Sea Festival, Manitoba, Canada Summer Concerts. He has also worked outside the groove jazz genre as well, most notably with Gerald Levert, Toni Childs, and pop star Richard Marx. Will can also be heard as on the soundtracks from several movie scores including “Thelma and Louise,” “The Wedding Planner,” “Under the Boardwalk,” and “No Man’s Land.”

Check out  Will's  2017 release, SUPERSONIC, featuring some of the best musical artists in Groove Music and Contemporary Jazz.  Will Donato's performance  was described  by NewJazz.com as “…A Must See Show!”

Will Donato brings a unique artist insider skill set to our new show and unbridled enthusiasm to the co-host position!!